CoCo & The Butterfields, Land of the Giants + Matthew & Me 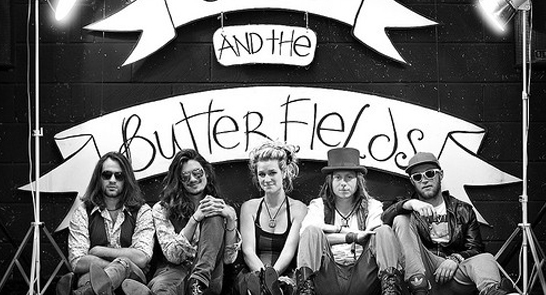 CoCo & The Butterfields, Land of the Giants + Matthew & Me

Describing their music as fip fok – a genre combinging folk, pop and hip hop – this band draws comparisons with Dizraeli and the Small Gods, and are big festival favourites.

‘The stand out band from the weekend were CoCo and the Butterfields who absolutely blew the festival away on each day. On Sunday they performed on the small farmhouse stage slap bang in the middle of the day and yet still had a large crowd going wild. This band are heading to the big time with their mix of folk, country and even a beat boxer offering percussion as well as sick solos.’
THE MUSIC MAG

Land of The Giants

Formed in October 2009 and with lofty aspirations, the Giants have been busy pounding dance floors with their raucous, feel-good, highly-addictive shows. With another huge summer of festivals already in the bag for 2014 including Glastonbury, Bestival, Boomtown and a tour of Ireland, it seems that many more people will be enjoying their unique sound; a mongrel blend of indie, reggae, hip hop and blues.

Titanic yet ethereal, chaotic yet haunting, Matthew & Me create alternative pop like no other band. Their songs see beginnings of contemplative hush transform into leviathan choruses, capable of filling cathedrals. Lead singer, Matthew Boards haunting vocals evoke a magical quality to their music, adding an otherworldly layer to the bands sound.

Nothing quite prepares you for Matthew & Mes live show. The drama, intensity, sonic precision, and overwhelming jubilation in their live performances is seldom seen from an unsigned band. Often choosing settings reflective of their sound, theyve performed in churches, glass houses, boats and underground caverns. During 2014 the band also played at Liverpool Sound City, The Great Escape, X & Y Festival, Somersault Festival, and Port Eliot Festival.

‘This is melodic alternative pop done right’
WHEN THE GRAMOPHONE RINGS

‘Like an Escher print turned into a pop song  a beautiful, seemingly impossible contraption’
CLASH