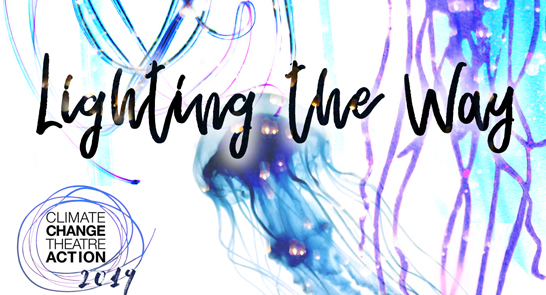 Join us in Exeter and be part of a global event: an evening of short play readings that encounter our changing climate in unexpected ways. Climate Change Theatre Action is a worldwide series of readings and performances of short climate change plays specially commissioned to coincide with the United Nations climate change meetings.

Written by playwrights who come from every inhabited continent on the globe, they represent several cultures and Indigenous nations, are from industrialised and developing countries, urban and rural areas, and range in age from 20s to 60s. Some are from low-lying island nations threatened by sea level rise, others are from countries facing severe heatwaves, floods, or droughts.

The plays will be followed by a panel discussion where the scientists will discuss the relationship between creativity and their work.

Audience members will be invited to join in the conversation, which is held in partnership with Climate Change Theatre Action and the Global Systems Institute at the University of Exeter.

Her research concerns weather and climate in theatre and performance. Current projects include looking at Shakespeare in the weather, ecology and Shakespeare in contemporary performance, performing weathering, and climate-change in the theatre. She is completing a monograph, Weathering Shakespeare: audiences and outdoor performance, which is under contract with Bloomsbury Academics Environmental Cultures series and, with Randall Martin. She is also co-investigator on an AHRC-funded project, Atmospheric Theatre: Open-Air Performance and the Environment which investigates how attending an open-air dramatic performance might influence playgoers awareness of their arial environment.

She completed her PhD in Drama at the University of Exeter on performance-ethnographic encounters with walking in New Delhi. Murali subsequently lectured at Rose Bruford College of Theatre and Performance, and Sophia College, Mumbai.