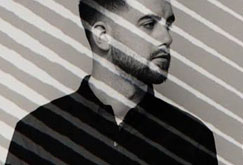 Celebrating all things diverse and progressive in music of black origin, Vibraphonic returns to Exeter this spring with a line up of jazz, hip hop, dubstep, soul, blues, drum n bass and urban music. Look out for events across the city through March.

Having built up specialist support with releases on a plethora of tastemaker labels, including Claude Von Stroke’s Dirtybird label and Shadow Child & Kry Wolf’s lauded Food Music label, Lorenzo has also been called upon to remix My Nu Leng for Black Butter and Disclosure for PMR.

News of the Birmingham wunderkind has spread far and wide and in recent weeks, Lorenzo has seen both Skrillex and Steve Aoki come knocking at his door. Last month, Skrillex turned up unannounced at Lorenzo’s recent gig at Sound in Hollywood and duly whisked him off to his studio downtown to collaborate. Shows in Europe with Skrillex have followed and now Steve Aoki has personally requested Lorenzo’s magic touch on his new release Delirous feat. Kid Ink.

Riding on the wave of his success, Lorenzo has now signed to Ultra Music and gets ready to release Signs, a collaboration with Hannah Wants that also features the vocal talents of Janai, whom many will know from her tracks with Dusky, Rack N Ruin and GotSome. With its beautiful melodies and a slightly deeper sound, Signs is the ultimate summer soundtrack and shows the duo still have so much more to show us. For the diehard fans however, Lorenzo has also produced a Roller mix of Signs, which incorporates the trademark elements of his distinctive, bassier sound.

Set to lead the House & Bass movement in the US, Signs is the perfect debut release for Chris Lorenzo on Ultra Music, as he gets ready to work with the biggest dance label in the world to open up even more ears to his pioneering sound.