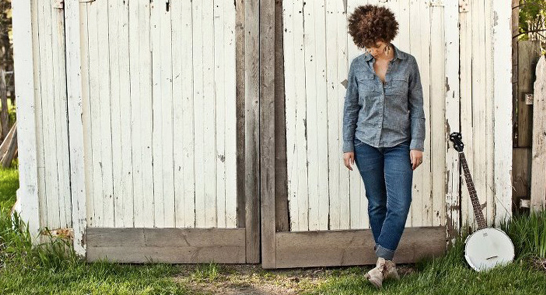 Throw all the genres and hyphenates together you want to describe her  indie, roots and soul, rock, blues and country  they are all right, and also not enough.

Chastity Brown writes songs that are carried deep in the American psyche, the hunger, desperation and confidence that runs through our times.  Coming from Tennessee to Minnesota, touring the country, touring Europe, she has had half her own lifetime and million lifetimes gone before her to concoct her powerful sound.  She’s been hailed by NPR, CMT, American Songwriter, The London Times, and Paste Magazine as a songwriter to watch, and has recently shared the stage with Michael Kiwanuka, Mike Doughty, and Leon Russell.

A heady mix of Dusty, Adele, Lucinda, Nina and even a smidgen of a young Emmylou and the terms smouldering, smoky and sexy will be used ad-infinitum. Stunningly beautiful. ?????
MAVERICK MAGAZINE

Its no surprise that shes gaining a passionate fan base, and the live experience is definitely where shes at. Honest, raw and powerful  shes a wonderful storyteller and beautiful human.
THANDIE NEWTON

Chastity Brown is that rarity, an R&B singer not in thrall to the diva delusion. Her folk-blues style instead comes from an earthier tradition…languid slide guitar and a ghostly burr of organ underscore House Been Burnin, while fellowship for the foreclosed and abandoned in When We Get There is evoked in Dylanesque harmonica and the way her voice cracks on the highest notes. Songs of return and redemption predominate.
THE INDEPENDENT