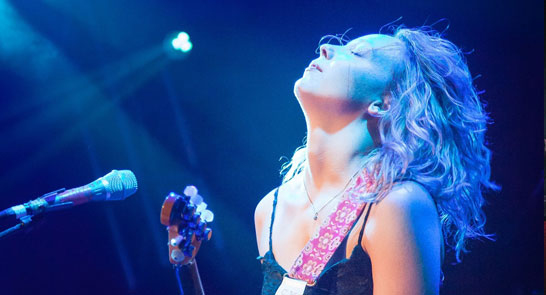 After the success of her debut album, Like No Other, Chantel McGregor’s new tour unveils her eagerly anticipated second album.

McGregor is a force to be reckoned with in the world of blues, having won numerous awards, including Guitarist of the Year, Best Female Vocalist and Young Artist of the Year at the fiercely competitive British Blues Awards.

‘One of the rising stars of British blues rock  A force to be reckoned with.‘
NATIONAL BLUES REVIEW