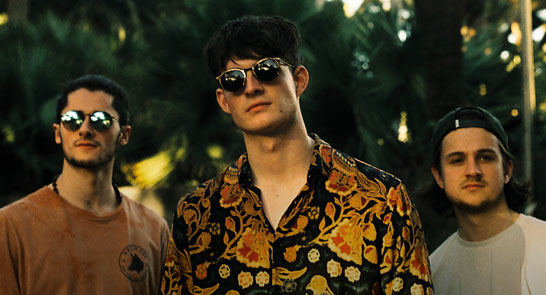 Combining a rich musicality with continent-spanning influences, Cassia have made their mark with their own brand of calypso-flavoured afro-rock, resulting in a deft balance of the quintessentially British, and the unequivocally exotic. Macclesfield might not be the first place you think of when you hear the sun-soaked grooves of the three-piece, but thats exactly where the trio hail from.

Recent highlights include festival appearances at The Great Escape, all three dates of this year’s Dot to Dot, Truck, Y-Not and a tour of Europe stopping in Germany, Netherlands and Switzerland. They received a week long Radio 1 playlisting in early July, heavily backed by Rob Adcock of BBC Introducing Staffordshire. Relentless touring to ever growing audiences across the UK is now becoming the norm for the Macclesfield tropi-poppers.

‘One of the most exciting bands to come out of area in years. Their music does things to me I can’t explain.’
ROB ADCOCK, BBC INTRODUCING