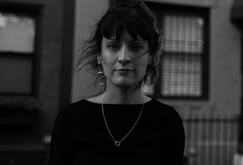 Featuring the amped-up singles Honey and Wouldnt That Make You Feel Good?, the release received press coverage from the likes of Sunday Times Culture, Consequence Of Sound, The Line Of Best Fit and CLASH, and airtime on BBC Radio 1, 2 and 6. Alongside EP1 and the formative Chocolate Factory Sessions, it has cemented Brydes position at top table of new electric guitar-wielding, lyrically-biting female artists alongside the likes of Angel Olsen, Mitski and St. Vincent.

2016 has been a very busy year on the live circuit for Bryde: highlights include opening for Rufus Wainwright at Brighton Dome, well-received festival sets at Dot To Dot, Green Man and Swn, two sold-out London headline gigs (The Slaughtered Lamb and The Courtyard Theatre), her debut US dates in New York, Nashville and Los Angeles and her maiden UK headline tour in November.

With more new music and some European dates in the pipeline for early 2017, the year ahead is set to be as fast-paced as the last.

‘Her vocals are to singing what Cailtin Moran is to wording, ballsy’
FRESH NET

‘A female soloist gathering a lot of interest . helping her stand-out amongst a great tide of very good female artists such a Lapsley.’
NEVER ENOUGH NOTES