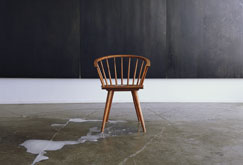 From the ambiguous to the sublime, from the hilarious to the downright shocking, from the tragic to the transformational, Brood Film Fest will show you parenthood as never seen before in public.

#BroodFilmFest16 films were selected from open submissions by professional artists, directors, documentary makers and animators from all over the world whose work has been affected by their own 21st century experiences of pregnancy, birth and new parenthood.