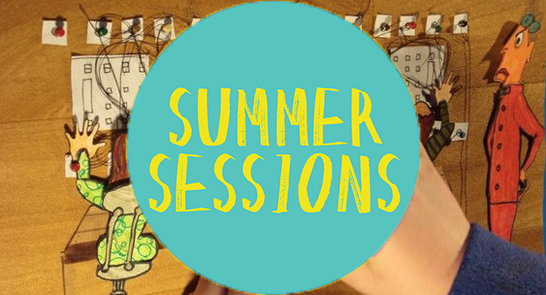 ANIMATION! The techniques are numerous, the possibilities endless! But don’t let that worry you – that’s the BEST thing about it. If you’ve ever been curious about animation, whether it be stop-motion or digital, but didn’t know where to begin this is your chance to ‘get animated’. This day course will give an introduction to tried and tested animation techniques.

The short course will be hosted by local animator and writer Ashley Thorpe. Ashley’s short animated horrors ‘Scayrecrow’, ‘The Screaming Skull’ and ‘The Hairy Hands’ (all produced with the assistance of Phoenix Digital) have been screened across the world winning numerous awards internationally including a ‘Visionary award’ in Atlanta, ‘Best animated short’ in Sydney, Best UK short film at Raindance and a Media Innovation Award. He is also a regular contributor to Animated Exeter, last year providing the animated content to the ‘Time Winders’ interactive game. He is currently working on his next animation ‘Borley Rectory’ ; an animated documentary featuring Reece Shearsmith, Julian Sands and Steve Furst.