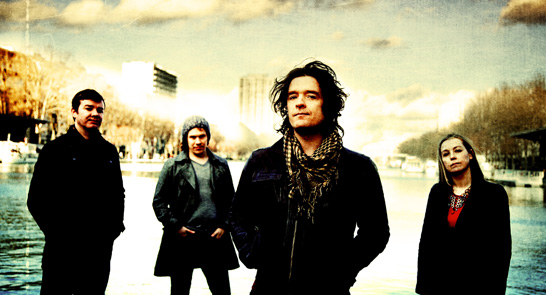 Anathemas eleventh full-length The Optimist is out now and cements their title as one of the UKs most revered rock bands where they reveal some of the darkest, most challenging and unexpected music the sextet have put their name to.

Anathema, led by brothers Daniel and Vincent Cavanagh, along with drummer John Douglas, singer Lee Douglas, bassist Jamie Cavanagh and drummer/keyboardist Daniel Cardoso began recording The Optimist in the winter of 2016 at Attica Audio in Donegal, Ireland and then finished at Castle Of Doom studios in Glasgow with producer Tony Doogan [Mogwai, Super Furry Animals] at the helm.

Formed in 1990, Anathema have long lived up to their name: a band that transcends transient fashion in favour of the tireless pursuit of song-writing perfection, sonic substance and the wide-eyed conquering of new musical ground. They are set to tour worldwide in 2017 to celebrate the release of their new album accompanied by French blackgaze pioneers Alcest.