all ages (under 16s to be accompanied) 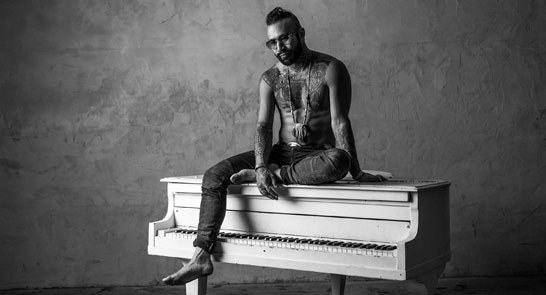 Acclaimed artist Nahko, of Medicine for the People, has announced his first ever solo tour into Europe. Coming to just a handful of cities this April, he is touring with support from singer-songwriter and friend Trevor Hall.

The tour follows the success of Nahkos debut solo album My Name Is Bear, released last year. An intimate collection of tracks tracing his formative years as an artist, it is a deeply personal album  the prequel to his work with Medicine For The People, and his most revealing work yet. A hugely accomplished pianist and guitarist, Nahko supported the albums release with a sold-out run of dates in the UK in December, and now returns to present an evening of poetry, story, and brotherhood medicine in song.

Trevor Halls music is a blend of roots and folk music with hints of inspiration from India. His latest album, The Fruitful Darkness, became the #1 Kickstarter Music campaign of 2017. Releasing in 3-song instalments (quarterly) on specific lunar dates, it culminates in a 15-song deluxe release later in the year.