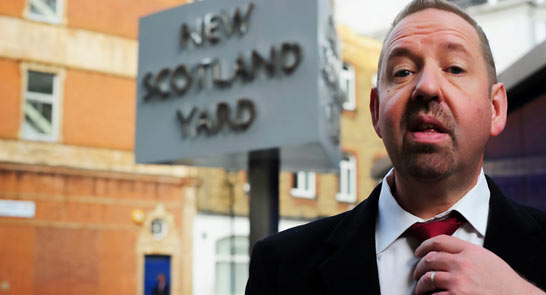 Born and raised on a council estate in Sheffield Alfie Moore was an apprentice in the steelworks before joining the police. Now hes an original and distinctive comedian with a wealth of insights and comedy moments from his eighteen years on the beat.

Alfie was inspired to take up stand-up comedy in 2007 after his first taste of performing live at a local comedy club. He quickly became well and truly hooked and was soon performing regularly up and down the country. He was one of the stars of ITV1’s Show Me The Funny and wrote and presented Alfie Moores Almanac for BBC Radio. Most recently he has been featured in BBC3’s Bizarre Crime.

He has twice written and performed his own one-man show at the Edinburgh Fringe Festival and has also supported Sarah Millican, Russell Kane and Milton Jones on their national comedy tours.