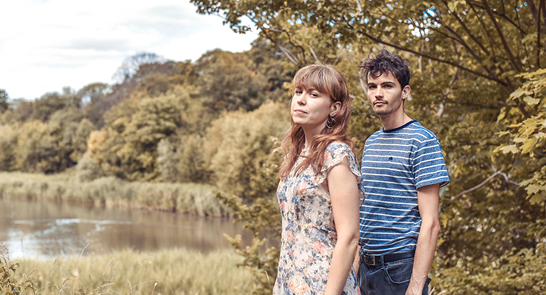 Its been a gradual burning, shimmering process for the remarkable Alessis Ark. A name and cinematic voice which has been built upon years of experimentation, travel, resilience and triumph. Alessi has since toured extensively in the UK, Europe, US and Japan in support of her releases with M.Ward, Jenny Lewis, Mumford & Sons, Laura Marling, Sharon Van Etten and John Grant, amongst others.

Her releases have won acclaim and support from Gary Crowley and Robert Elms at BBC London, Cerys Matthews and Steve Lamacq at BBC 6, Tom Robinson at BBC Introducing, John Kennedy at XFM, WFMU, DubLab, KEXP and previous LP Love Is The Currency was warmly welcomed by MOJO, Guardian, Best Fit, Clash, The 405.

Alessis Ark returns with Sacred, a track that was recorded in a cabin on the South East coast with additional recording at Arch 79 in East London. The two very different environments are reflected in the song, which discusses the pushing and pulling of love and relationships and is a kind of prayer for the ability to balance all with grace.

After playing numerous highly sought-after venues and festivals, Alessis journey continues to blossom. With her new single set to be released September 27th and performance lined across the UK in October and November, 2019 is looking to be a year in which the Ark will take on new and greater heights.