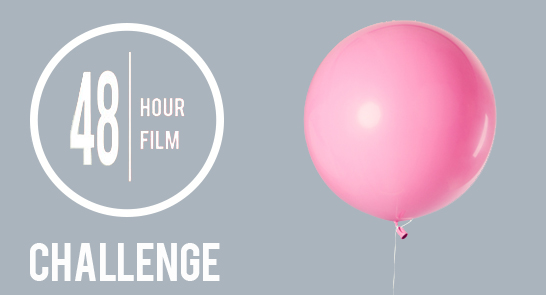 The best films from 2016s 48 Hour Film Challenge, where teams write, edit and shoot their films in just two days.

An anthropomorphic match sees his fear manifest as a creeping void which threatens to engulf the world.

Two suspicious cops are close to the end of their investigation of a series of cult murders.

A man reading his book is disturbed by a deamonic voice. He is transferred and shows his deepest fears.

Set in Norway Fredfrick Hansen is framed by his British ex girlfriend for three murders as revenge over their abusive and tormenting past relationship. Fredfrik, in shock, tries to dispose of the bodies.

A team of four meet to discuss their ideas for the 48 Hour film challenge.

When a group of friends meet for a board game, what could possibly go wrong?

For A Fuex Likes More

When two guys fight for the same girl on Facebook, the situation could become a western with a funny ending.

Its 1914, Edward Teddy Aston is off to fight. His emotional goodbyes are a mix of pride, sadness and regret.

Experimental documentary. To give away the content would be a spoiler.

The Light Of His Life

A man struggles with guilt, depression, and his fiancé.

The Light And Dark

A multicultural speed dating event culminates in heartbreak due to love being lost in translation.

Lunch was organized by a group of international students. Filmmakers were sent to observe their social interactions.

The Good, The Bad And The Naughty

In a quiet part of town two lonesome cowboys are behaving very suspiciously.

There is a lightbulb that speaks to her and is essentially her heart that she needs to hide and eventually smash because of the contant pain of the voice is in her head.

Funerals can be awkward. But not this awkward.

After a spaceship crashlands on a forested world, the lone surviving crew member must flee for her life to protect the precious, but deadly, cargo, from an evil space villan who pursues her.

A mythic tale of a lone stranger defending innocent town folk from a duo of cider friends.

Mysterious hijinks courtesy of the moon. They are coming. Watch your back.