Edgy, rootsy and folky make their mark at an enlightened enclave 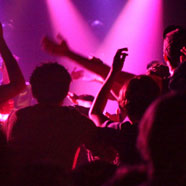 There’s one forward-thinking Westcountry establishment where you can be guaranteed to find an intriguing selection of musical talent performing – particularly in the roots and acoustic field – and that’s Exeter’s Phoenix.

Every year its imaginative programming introduces audiences to both burgeoning mainstream and established fringe-appeal bands and musicians, and 2013 will be no exception, judging by the dates announced so far.

One man I’m particularly keen to catch in concert is Brit Award-winning producer Ethan Johns (The Vaccines, Kings of Leon and Laura Marling) who is showcasing his own debut solo album on February 6.

He offered a tempting taster of his country blues-fuelled acoustic sound when he popped down to play in-store sets at a couple of Devon record shops late last year, so this full-scale follow-up is most welcome. On March 4 there’s a chance to see young American singer songwriter Willy Mason on his own headline tour in support of his third studio album Carry On. Ben Howard fans might have caught him supporting the Devon troubadour on tour in December.

Welsh female-fronted alternative rock trio The Joy Formidable supported Devon heroes Muse on their latest world tour dates and they have already established a huge following in the USA. They have their second full-length studio album, Wolf’s Law, coming later this month and play the Phoenix on March 5 as part of an extensive headline tour, following more high profile guests slots, including Bloc Party at Earls Court.

The first date on the calendar is a rootsy Jamaican-style party on January 19 with veteran disc jockey David Rodigan who has been sharing his selections of reggae and dance-hall music live and on radio stations including Radio London and BBC Radio 2 since 1978.

All the above dates are now booking. For tickets and more details call Exeter Phoenix box office on 01392 667080.