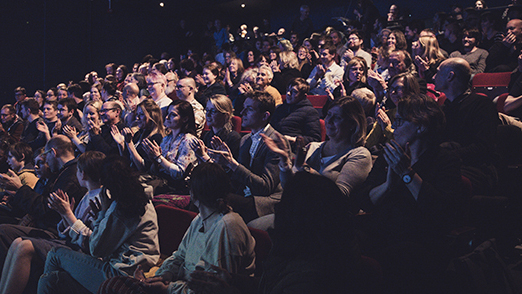 Today we announce that the film festival will instead take place in early 2021, bringing world-class entertainment to the heart of the city. The festival dates will be Thursday 18th – Friday 19th February 2021.

The festival is well known on the filmmaking circuit for giving audiences the first opportunity to see newly released, cutting-edge short films. 2019’s Two Short Nights Film Festival included the world premiere screening of director Tommy Gillard’s short film Shuttlecock, which went on to scoop the award for Best Short Film at the prestigious BFI London Film Festival last month. Shuttlecock was commissioned and produced by Exeter Phoenix as part of their film commissions scheme, which offers vital support and development opportunities for filmmakers in the region.

Another highlight promises to be the 48 Hour Film Challenge, which sees teams race against the clock to plan, film, edit and submit a short film in just 48 hours. The challenge will take place from Friday 29th – Sunday 31st January 2021. All of the successfully completed films will be shown in a special screening at the festival.

A full programme of short films, talks and special appearances from film professionals, industry workshops and more will be announced soon, including some exciting changes to the festival’s format.