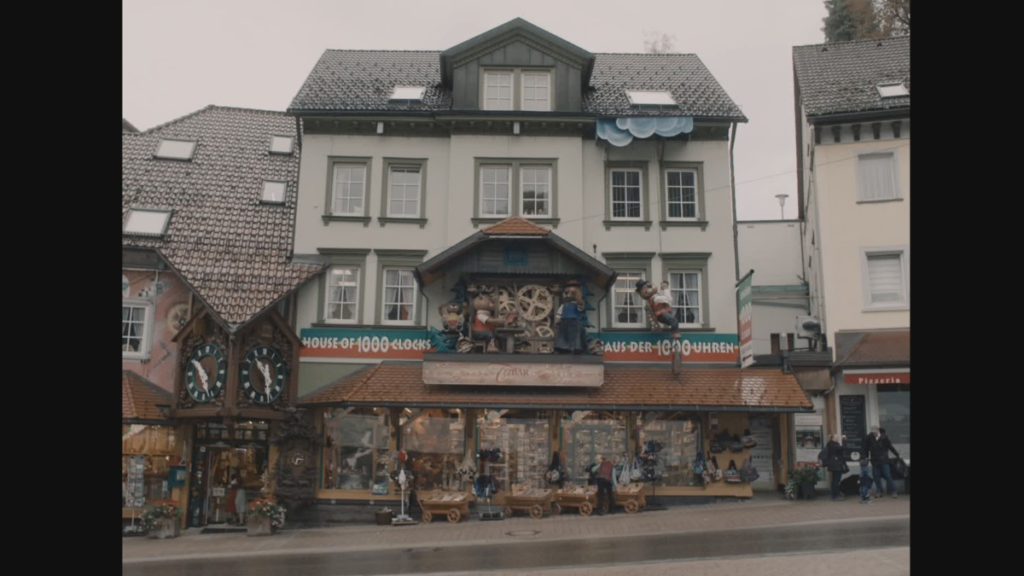 This year, Two Short Nights Film Festival has had the privilege of working with a number of creative collaborators, including Exeter Phoenix Young Audience Panel member, Jin Lee.

Jin explores the Two Short Nights Documentary screening and discusses the still-controlled nature of the “form” found in documentary filmmaking. How does each film in the programme utilises the film form to evoke certain feelings or references and remain effective and memorable?

Jin is an active member of Exeter phoenix Young Audience Panel and is currently studying Psychology at the University of Exeter.

He has created a number of short films commissioned through the university and he is particularly interested in slow cinema and the Taiwanese New Wave, as well as how to close the gap between those and the average movie-goer.

It’s all in the form…

Documentary, like all cinema, is comprised somewhat exhaustively of two components: form and content. The largest difference with narrative films is that the content is determined through a process of selection, rather than fabrication. (At least, I believe this to be the case under the popular, layperson’s understanding of documentaries.) Beyond that however, especially in formal construction, they are more similar than it seems at first glance.

A commonly held view about documentaries is that they are necessarily “truthful”.  I place the word truthful in quotations as under certain parameters, this is, by definition, the case. The film must largely revolve around events and people that actually happened and existed, so in a sense any documentary is to an extent a vessel of truth. That being said, there are factors manipulable within the rules of the game.

The revered American documentarian Frederick Wiseman once said that he saw his films as being “more novelistic than journalistic”. This may seem odd, coming from a filmmaker who has built a reputation on veering clear of some of the popular contemporary documentary tropes; Wiseman’s films contain no narration, no interviews (talking-heads style or otherwise), and do not overtly reveal at any point the filmmaking process. However, Wiseman’s method also involves usually accumulating over 100 hours of film which gets shortened down to feature length. Here, Wiseman looks for a story and imbues the film with dramatic structure in post-production. Essentially, the film is made so the viewer has a certain reaction to it, much like a narrative filmmaker would intend. As every part of a documentary, from what to shoot to what to leave in or out, is born of a choice to direct the viewer, can that be said to be completely “truthful”?

This is not to say that a recorded visual approximation of objective reality is a measure of good cinema. If that were the case, all that people would watch would be CCTV footage. Instead, the crux of the point that’s being made here is that elevation of documentaries beyond moving images that are pure information conveyers is possible, with as much stylistic and thus emotive variance as narrative films. With that in mind, the Documentary Strand programme of the Two Short Nights Film Festival offers just this: a hugely diverse array of not only stories, but film-grammar.

For instance, Villi Hermann’s film “Last Pig Slaughter” (about photographs of a day spent with the local butcher peddler the filmmaker took in 1970, serendipitously uncovered in 2020) at first seems to be an archetypal “narration-over-a-series-of-stills” film but subverts that by moving the camera over the table on which the physical photographs were placed to move between images. It becomes a literal collage, where we are also privy to the process of sifting through the images as if we (the viewer) had just found them ourselves, beyond just being presented them in separate static shots. It evokes not only the feeling of nostalgia and reminiscence, but also that of rediscovery: a moment when the memories of a time and place, inadvertently shoved away to the furthest recesses of one’s mind, come rushing back all at once.

The film “Dajla: Cinema and Oblivion” (Dir. Arturo Dueñas) is probably closest to Wiseman’s ideal among the programmed films. The subjects and filmmakers do not interact within diegetic space at all, nor are they seen doing anything that seems as though they were prompted. Covering life at an Algerian refugee camp, the filmmakers are but a fly-on-the-wall, documenting the brief vitality that surges through the camp on the occasion of a film festival, as well as crucially the mundanities before and after. In that it is adjacent to that “direct cinema” style of observation rather than intervention, it allows for a (in Wiseman’s words) “biased but fair” portrait of a life most likely very far from most.

Two films on the programme that were wonderfully evocative of narrative filmmakers were “About Father, About Death” (Dir. Farhad Hajari) and “A Town Still Standing” (Dir. Marvin Meckes, Lukas Fuhrimann). The former is a remembrance piece, a contemplation on the life of the filmmaker’s deceased father as well as death itself. There are some memorable segments in it where the film flashes through stills or static shots of the father’s belongings, from which stylistic parallels can be drawn to the film “Beginners” (2008) by Mike Mills. Mills has used sequences of still images with narration over them frequently in his work, but the one that inevitably springs to mind is “Beginners”, Mills’ personal remembrance piece about his own late father. The manner in which both films conjure up such a vivid sketch of an individual through objects alone was equally deeply emotive.

The latter film, “A Town Still Standing”, focuses on the birthplace of the cuckoo clock: the town of Triberg, hopelessly engulfed by Germany’s Black Forest. Halfway through the film, the filmmakers employ the man who built the world’s largest cuckoo clock to stand in front of a sign reading “visit the world’s largest original cuckoo clock”. This, alongside all the various occasions of the filmmakers allowing the residents of Triberg to be the narrators of their own story (in voice and in person), was immediately resonant of Bob Balaban’s “Narrator”, in Wes Anderson’s “Moonrise Kingdom”. This connection was further cemented by the almost fairy-tale appearance of the village, the central concept itself, as well as the whimsical score throughout. Despite this the compelling and immensely engrossing nature of this is in the stark contrasts it has with Anderson’s films: Anderson makes films that walk around with a sign taped to their heads saying “fictitious”, yet “A Town Still Standing” is about real people in a real-life location.

The final two films in the programme are more directly intimate than the others, but like the others utilise their film form in a unique and mood-congruent manner to cement their intimacy, yet in strikingly different ways from each other. Fergus Cruickshank’s “Patter Merchant” is a celebration of the life of Mr. Colin Mackellar, under the thinnest of veils of being a cheeky exposé of his fabricated (but nevertheless smile-inducing) stories. Cruickshank is very direct, often Colin is asked directly about the things the filmmaker is interested in, a process we see on-screen, therefore becoming a very involved, necessarily bidirectional film, which only adds to the closeness we feel to “Colin’s Glasgow”.

Ciara Flint’s “Totalis”, on the other hand, is about a young musician who, through Alopecia, loses hair and starts losing his whole person as a result. It’s not only extremely frank verbally about his difficulties but is so in visual terms also, resulting in a painfully visceral intimacy with the subject. The constant low contrast black and white, and occasional extreme closeup of his face are components only secure the initial bleakness of the situation. Within the confines of the same film however, those identical techniques are utilised to hammer in the poignancy of the mental fortitude of the person that remains, bravely staring straight at us.

Find out more at twoshortnights.com