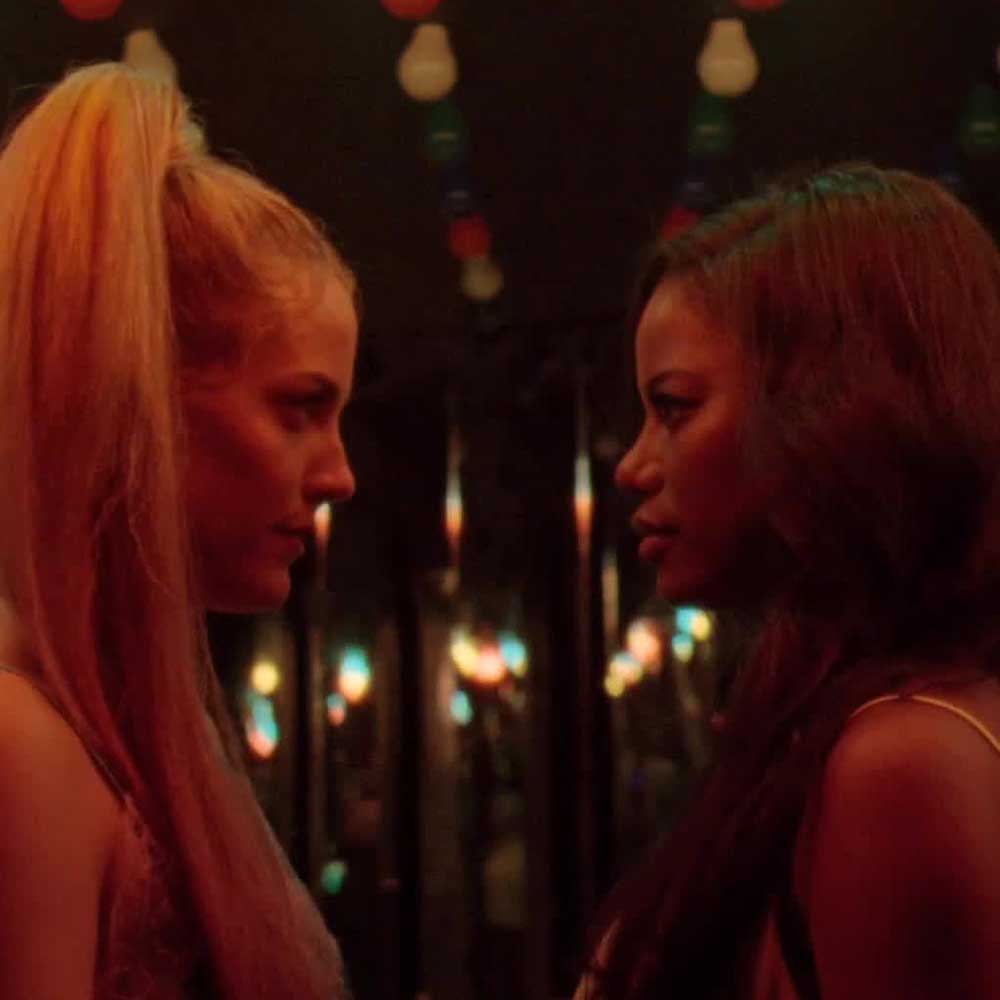 Inspired by a stranger than fiction twitter thread from 2015 Zola follows the odyssey of one A’Ziah King, aka Zola. Zola, a Detroit waitress, strikes up a new friendship with a customer, Stefani (Riley Keough, AMERICAN HONEY, MAD MAX FURY ROAD) who seduces her to join a weekend of dancing and partying in Florida.

What at first seems like a glamorous trip rapidly transforms into a 48-hour journey involving a nameless pimp, an idiot boyfriend, some Tampa gangsters and other unexpected adventures in this wild tale. With a bittersweet synth score from Mica Levi (Under the Skin) this is a vivid declaration of intent from an exciting new filmmaker.

Written and directed by the prolific Janicza Bravo ZOLA is an ultra slick thriller, which brings dazzling cinematic life to a now iconic series of viral, uproarious tweets.