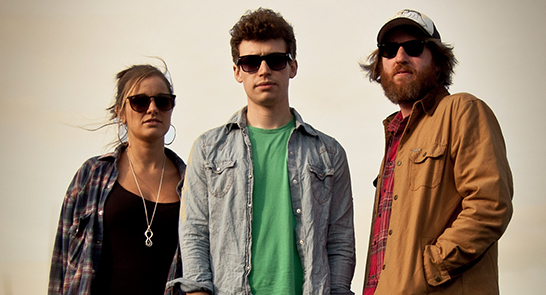 Cornwall trio William the Conqueror have been picking up praise from far flung corners ever since Ruarri Joseph took the step to go public with his erstwhile secret alter-ego. Debut album, Proud Disturber of the Peace, was released in 2017 to widespread critical acclaim, and their shows have been steadily winning over fans up and down the country.

The indie-rock three piece sees Ruarri joined by bassist Naomi Holmes and drummer Harry Harding, channelling classic blues and roots through a grunge/indie filter, with diverse influences including The Doors, Ryan Adams and The Lemonheads.

Praised for their grit and authenticity by the likes of The Guardian and NPRs Ann Powers, they made their mark at AmericanaFest in Nashville, signing to Loose and sharing the stage at the UK Americana Awards 2017 with the likes of Van Morrison, Richard Thompson and Ethan Johns. Proud Disturber of the Peace was shortlisted for the 2018 UK Americana Awards “UK Album of the Year.

‘a mighty launchpad for what’s yet to come’ ????
Q MAGAZINE

‘a thumping Southern rock and Americana grungy gumbo that hits you right between the eyes’  ????
EXPRESS