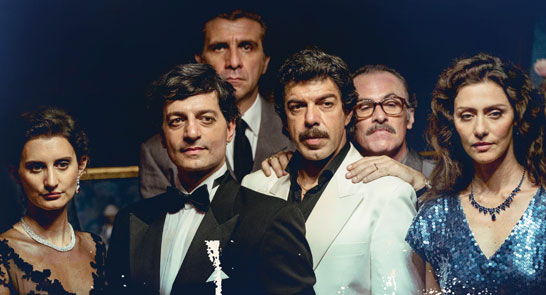 Exeter Phoenix may be temporarily closed, but were not going to let that get in the way of bringing arts and culture to Exeter. Welcome to Front Room Phoenix  our way of beaming online creative activity straight to your sofa!

We have teamed up with Modern Films to bring you an exciting virtual release of the new film from master director Marco Bellocchio, The Traitor. Read on to find out more about the film and how to watch. You will be directly supporting Studio 74  your local independent cinema  the revenue will be split between the distributor and the venue.

The True Story Of The Man Who Brought Down The Mafia

The Traitor tells the true story of Tommaso Buscetta, the man who brought down the Cosa Nostra. In the early 1980s, an all out war rages between Sicilian mafia bosses over the heroin trade. Tommaso Buscetta, a made man, flees to hide out in Brazil.

Back home, scores are being settled and Buscetta watches from afar as his sons and brother are killed in Palermo, knowing he may be next. Arrested and extradited to Italy by the Brazilian police, Buscetta makes a decision that will change everything for the Mafia:

He decides to meet with Judge Giovanni Falcone and betray the eternal vow he made to the Cosa Nostra.

From Fri 24 Jul you can watch The Traitor online by purchasing a virtual screening room ticket. You will be directly supporting Studio 74  your local independent cinema  the revenue will be split between the distributor and the venue.