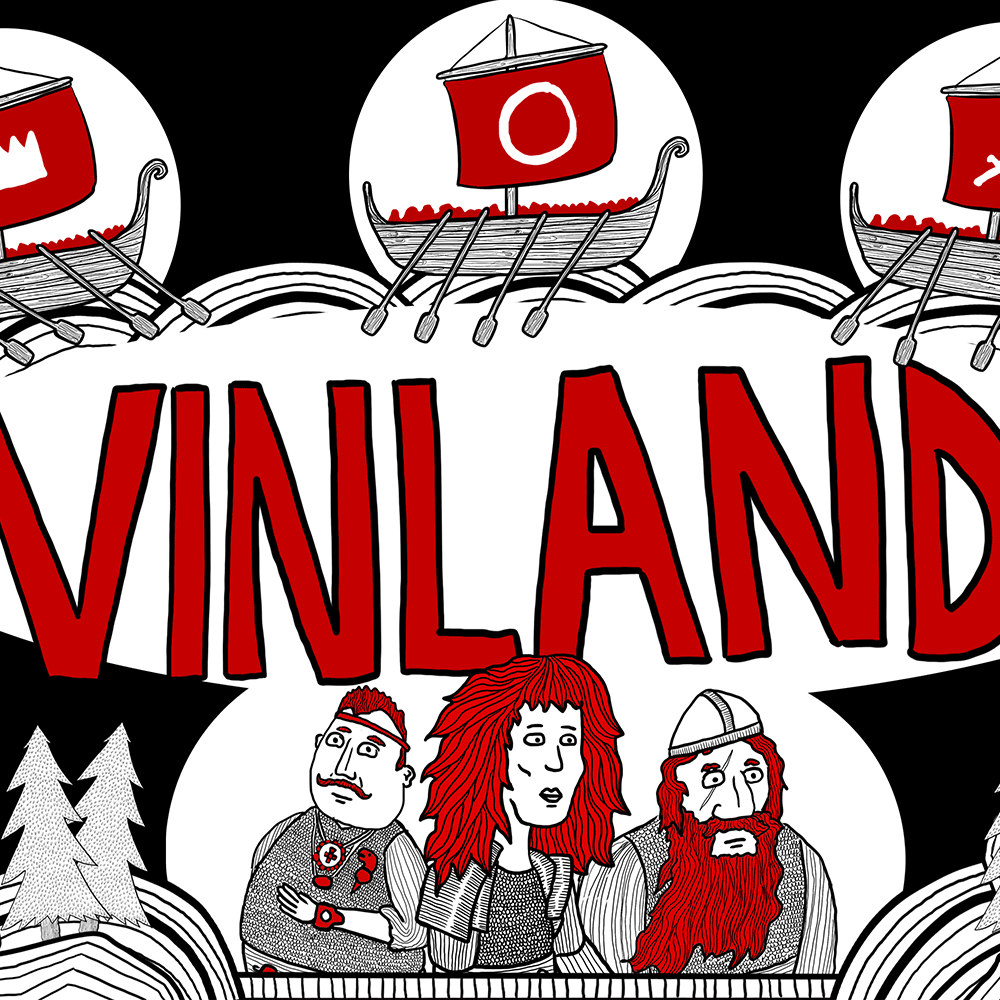 By Jack Dean and Christopher Harrisson

Set sail with Freydis and her son Snorri on a Viking adventure brought to life through storytelling, animation, live drawing and music. Join her crew of explorers as they find out they’re not alone in this strange new land and come face to face with ghosts, monsters and wild gooseberries.

Follow Snorri as he confronts an ancient spirit set on revenge and learns the truth about himself. Vinland retells the incredible historical tale of the Vikings last journey to North America inspired by the Viking sagas of Erik the Red and his family.

Jack Dean is a poet, playwright, performer, emcee and composer. His work tells stories that wander the lands between myth, memory and history. He has toured internationally, including at Latitude Festival, the South Bank Centre and the Bowery Poetry Club in New York. He is the creator of the Fake Town Fables and Infinite Hex podcasts. He really likes zeppelins.

Christopher Harrisson is a theatre maker, writer and illustrator based in Bristol. His theatre work includes solo show ‘The North! The North!’ and illustration/animation work includes The Guardian and Sony. He trained at Ecole Jacques Lecoq and is former Co-Artistic Director of award-winning company Rhum and Clay. Christopher will create animation and live illustrations for Vinland.