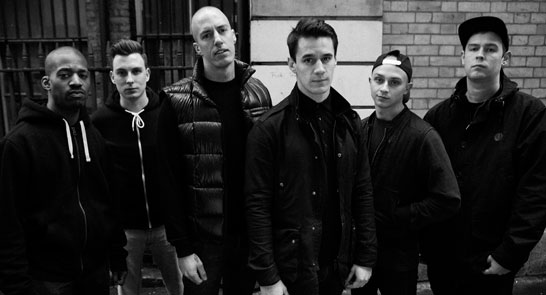 TRC are the embodiment of London Hardcore. For the past 7 years, TRC has reinvigorated the London Underground with their unique blend of hardcore/metal crossover and underground UK grime and hip-hop. Born out of the grey, concrete jungle of inner city London, the band is about to cross borders with their debut USA release via NO SLEEP RECORDS.

Recent singles in the UK Go hard or go home and H.A.T.E.R.S have put the band under the spotlight and heralded by BBC Radio 1 and mainstream music press alike as being the pioneers of a new wave of UK hardcore. Latest single #TEAMUK has seen the band earn a nomination at the 2012 Metal Hammer Golden Gods Award as Best UK Band and cements their unique sound as the most exciting thing to happen to rock music in a long time.

Famous for their imaginative videos, notorious for their dangerous live shows, the band has gone from strength to strength the past year. TRC have recently completed tour dates with acts as diverse as Gallows, The Acacia Strain and Lower than Atlantis. They have blown away at mainstage appearances on Hevy Fest and a slot at Download Festival last year and many more.

This is the year TRC will be the name on everyone’s lips. This year The Revolution Continues.