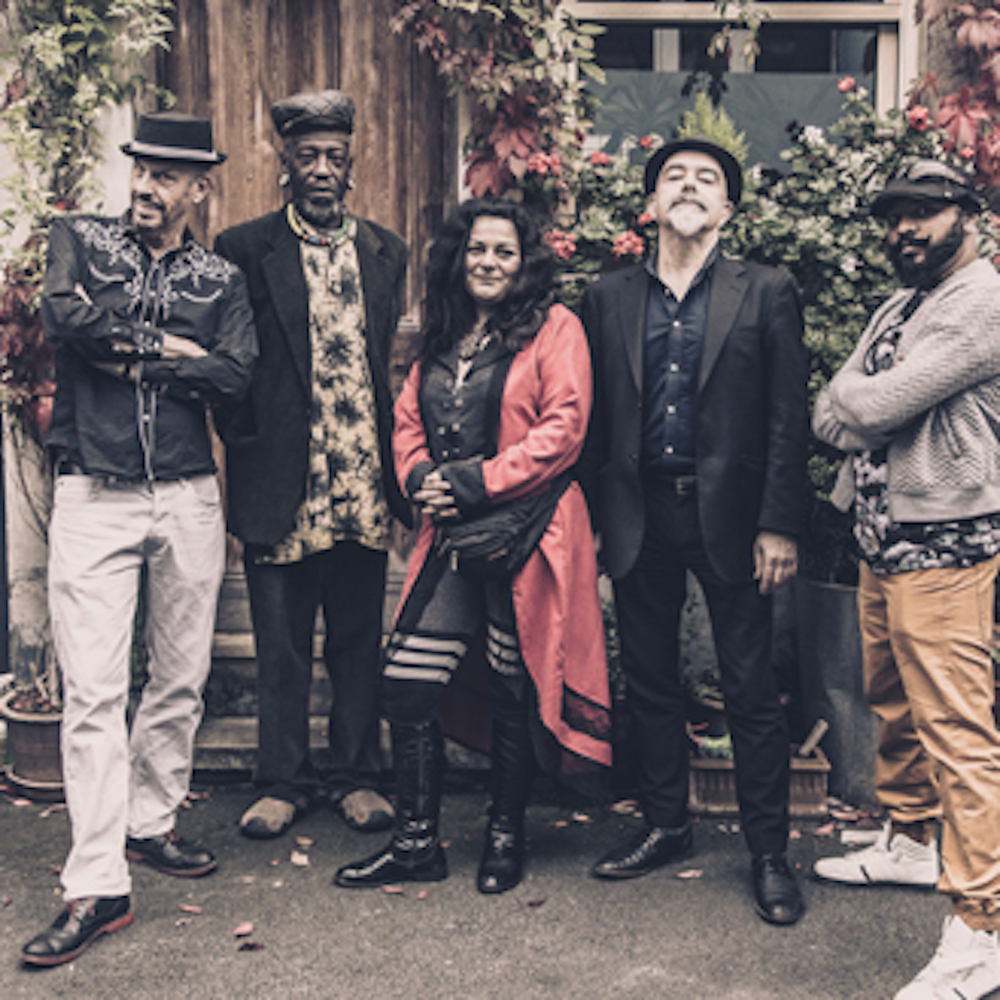 An unmatched opportunity to catch these international festival favourites in an intimate setting.

Specialising in a dynamic fusion of Western, Asian and African influences, their unique world fusion sound has been wowing audiences since the 90’s.

Their music is a blend of tradition and innovation and their fluid line-up consists of core members Tim Whelan and Hamilton Lee plus a range of stalwarts such as, in the past,  Natacha Atlas, Nick Page and Inder Goldfinger.

Famed for their scorching flamboyant live shows featuring fantastic costumes, belly dancing, hypnotic percussion, and members of the group disguised as Nepalese Temple Guardians, no two shows are ever the same as audiences get drawn into an ever more dramatic and exciting performance.

Their debut album, Dream of 100 Nations made the Top 40 Album chart and their single Temple Head was used in the Coca Cola advertising campaign for the 1996 Olympics.

Onstage it’s a joyful and mesmerising journey into the bottomless vaults of the back catalogue featuring original members and more recent and diverse additions to the Transglobal Underground  Family.

Over the years they have developed a life of their own and continue with forever changing territory. They lead and everyone else simply follows.