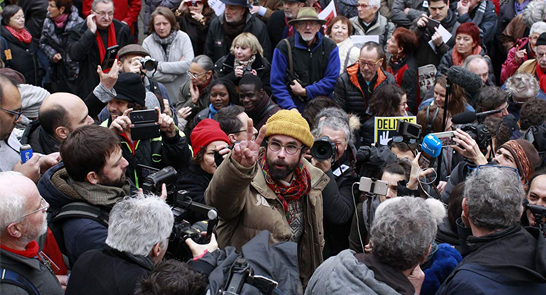 Farmer Cédric Herrou has welcomed migrants to his home since the beginning of the crisis, turning his backyard into a much-needed shelter. With the help of friends and volunteers, he challenges French immigration policies which make it impossible for families to set foot in France and seek asylum.

Filmed during 3 years by documentary maker Michel Toesca, this everyday hero will do anything to help them, even risking his own freedom.