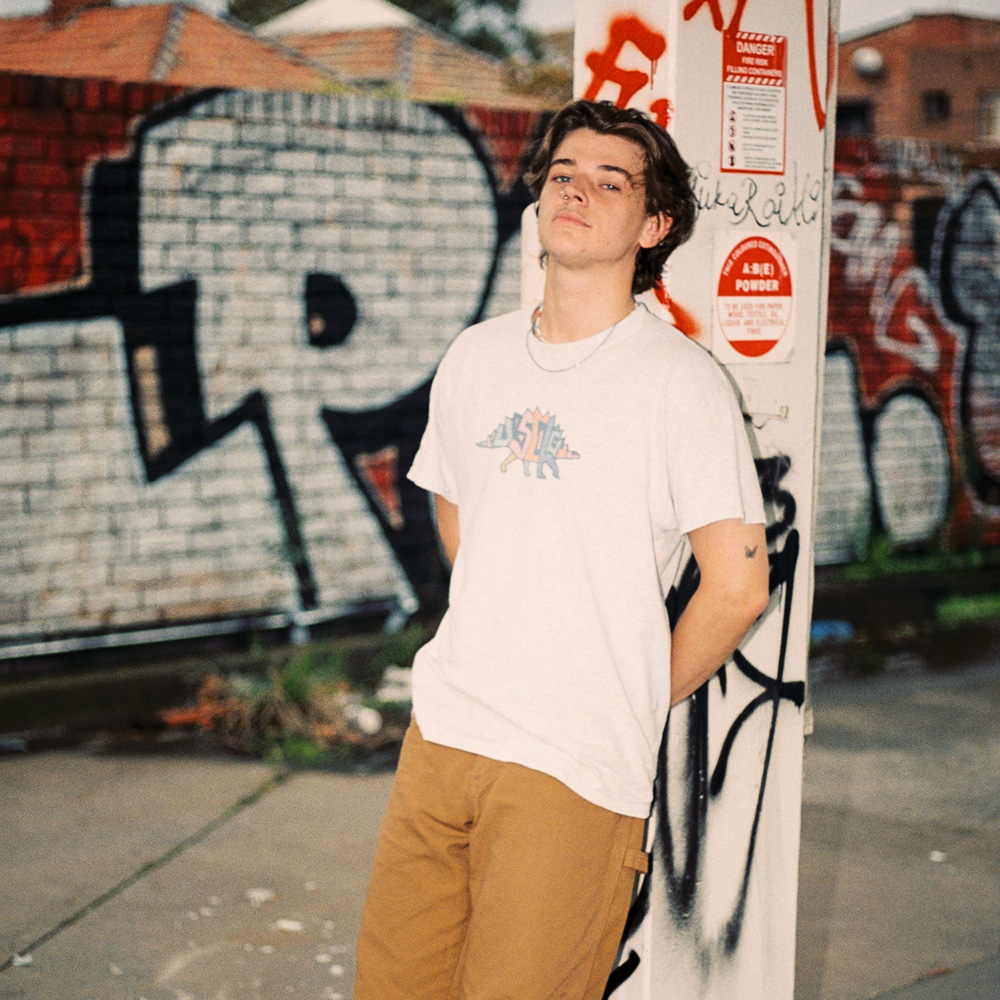 20-year old Thomas Headon was born in London. At age 5 his family moved to Melbourne, Australia, where he grew up.

As a young teenager he started posting cover versions of his favourite songs on Youtube, which helped him to start building an international fanbase. Influenced by the likes of The 1975, Coldplay, Harry Styles, Tyler The Creator and Rex Orange County, Thomas also started writing and producing original songs.

In 2019 he moved back to London to pursue his career in music and released his self- written and self-produced debut single Grace in September 2019, followed by Clean Me Up. His debut EP The Greatest Hits gained over 22 million streams already.

As a follow up, Thomas released his second EP in September 2020. The Goodbye EP included the singles Loving You, Focus, UrbanAngel1999 and Cut And Bleach My Hair. All tracks received high praises and plays from radio, including tripleJ unearthed and BBC Radio1.

In late 2020 he was one of the first artists to curate Spotifyʼs Our Generation playlist and triple j named him a “seriously impressive force in pop music” and a “star on the rise”.

Thomas sold out his first ever headline shows in London, two nights at Heaven (1000 capacity each). The shows will be part of his 17-date UK tour, now rescheduled to November 2021, for which most dates are sold out already.

While being back in Australia earlier this year, he was able to play not only a few festival gigs but also his first ever headline shows in Melbourne and Sydney. His last single Bored, a feature with American singer-songwriter Lizzy McAlpine was released in March 2021 and was called “a pretty cute song” by his own mother.

With a constantly growing loyal and highly engaged fanbase on social media and more music to be released later this summer not even a lockdown can stop him.