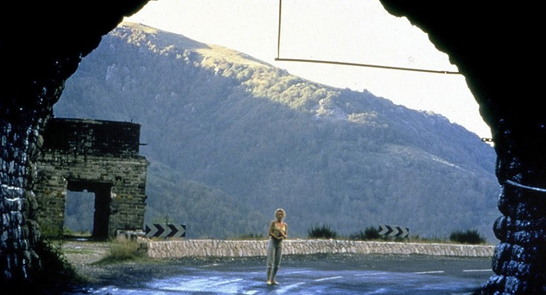 Dutch filmmaker George Sluizer’s original The Vanishing is a supremely disturbing psychological thriller built from a nightmare premise. During a routine rest stop in an idyllic road trip, two young lovers are separated. Bafflement turns to panic for Rex (Gene Bervoets) as he realises his partner has truly vanished.

Based on Tim Krabbé’s novella The Golden Egg, the story follows Rex as he searches for Saskia (Johanna ter Steege) after her mysterious disappearance. Putting up posters and handing out flyers, he remains desperate, even years later, to find out what happened. Meanwhile, the perpetrator – having watched Rex for some time, intrigued by his obsessive searching – finally gets in touch, giving Rex what he both longs for and fears: the opportunity to learn firsthand of his girlfriend’s fate.

Seamlessly directed by Sluizer, it’s a masterpiece of suspense; a brilliantly chilling study of both the nature of obsession and the nightmarish potential for perversity and evil in the everyday.

With the support of the Independent Cinema Office and BFI, awarding funds from The National Lottery.