Theatre In The Park

70 minutes (no interval)
Suitable for ages 8+ 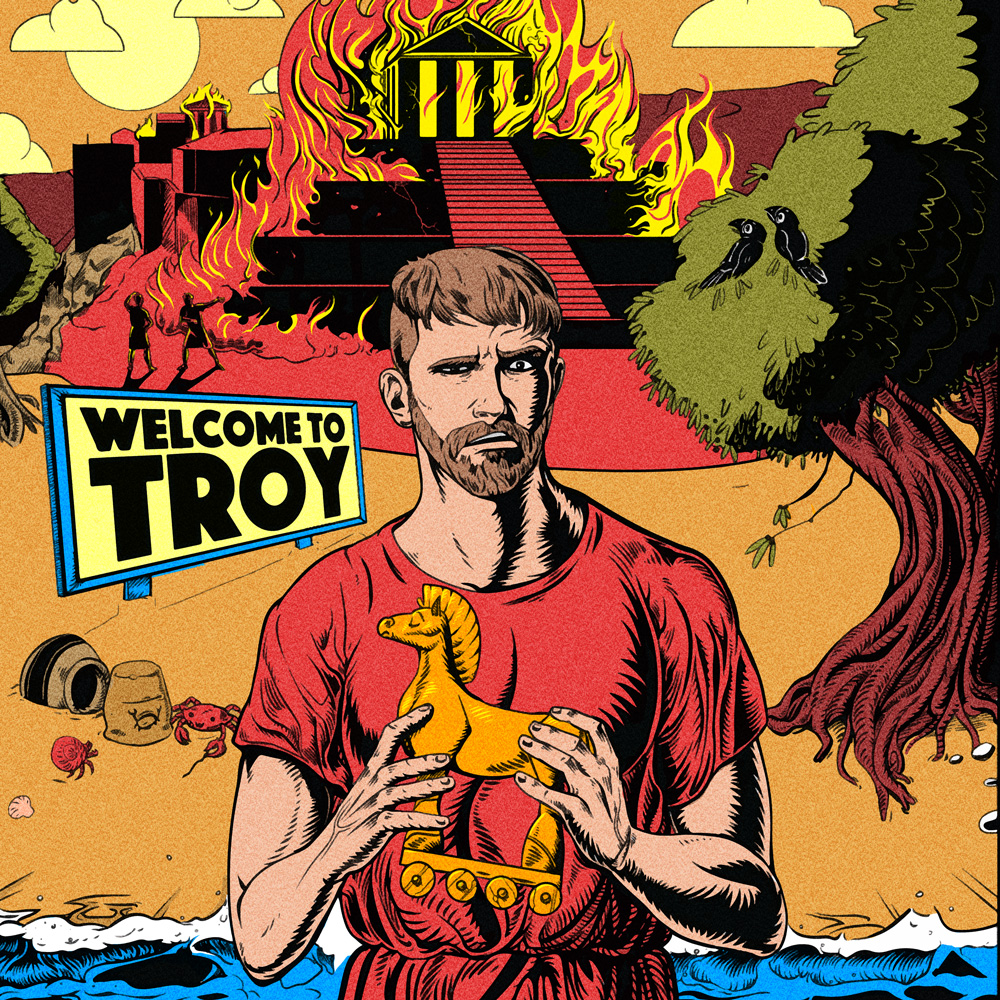 Thu 29 Jul update: Due to wet weather forecasted, this evening’s performance will be moved indoors to Exeter Phoenix. Ticket holders are currently being contacted with the updated venue location.

Troy – Something BC. A young bull herder accidentally eats a golden apple. Three Goddesses aren’t happy. And then 10 years later a city burns.

Obviously, a lot happened in between these points and several important things happened before, all of which will be revealed for the first time in well over a millennium as Assembleth Theatre take you on a journey through the Trojan War as you’ve never seen it before. The sort-of truth behind Achilles heel, the golden watermelon of Paris, the twelve accidental labours of Hercules and more will be revealed as the history of one of the most important conflicts of the ancient world comes to life.

‘A very funny 60-minute romp through mythology with much stomping about and clattering of swords. There’s carnage, chaos and a huge amount of humour as five Drake’s Drummers [now Assembleth Theatre] populate Greece, Troy and a doorless wooden horse.’
BRITISH THEATRE GUIDE

Assembleth Theatre (formerly Drake’s Drummers Theatre Company) are a new writing theatre company based out of Plymouth. Having been formed in 2014, they have gone on to have success at several national and international festivals as well produce theatre for a local and national stage. They create shows for all ages, aiming to bring laughter to the heart of the theatre. Using traditional stimuli, from Homer to Shakespeare, they tell stories that are accessible to everyone and can travel anywhere. From village halls and traditional auditoriums to First World War diving platforms, they take their unique and fast paced comedy across the country to bring high quality stories to the centre of the community.