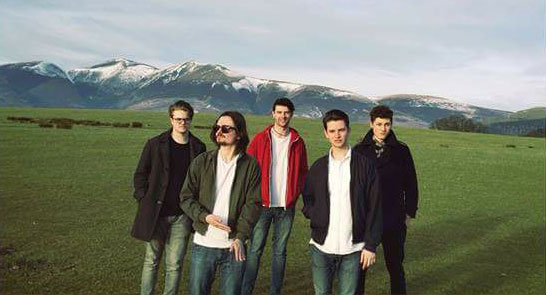 *Please note that there is a £1.50 fee per transaction.

An Exeter five-piece, comprising of Chris Tilke, Jake Daniel, Ben Milverton, JJ Williams and lead singer Pierre Roxon, who met while studying music at Exeter College. In the two years they have been together, the band have gone from strength to strength, being championed by a number of cult music stars; New Order and Joy Divisions Bassist Peter Hook being one  Brash, noisy and young. I quite enjoyed it!

Musically, its clear to see where their influences lie, their sound being reminiscent of 80s bands such as Orange Juice, Haircut 101 and A Certain Ratio. That said, there are also glimmers of more current sounds such as Everything Everything and Bombay Bicycle Club.

The band have recently supported a number of major UK artists such as Catfish and The Bottlemen and Little Comets, but are now looking forward to a number of short headline UK tours later this year. In the current wave of formulaic guitar and drums, The Sherpas are putting groove and funk into British indie.