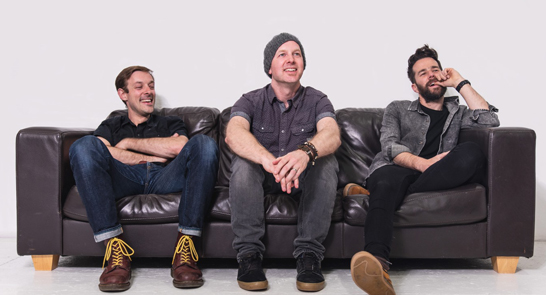 with support from Pete Falloon

The Matt Palmer Band is an alternative rock group based in South West England. While they draw on a range of influences, they perhaps most strongly evoke the spirit of grunge rock, inviting comparisons to Pearl Jam, Soundgarden and Smashing Pumpkins. Their debut record A Rising Tide is billed as ‘a collection of songs inspired by the human condition, the mechanics of the natural world, and the intersection of the two’ and tackles subjects including sea level rise, falling in love and political propaganda.

Guitarist-turned-frontman Palmer grew up in South East England and cut his teeth performing in bands on the Brighton live music scene during his teens. Developing into a consummate guitar player, he made major songwriting contributions to three full-length studio albums on the US independent label City Canyons Records as part of rock band Anemo. Since relocating to the South West he has performed in a wide variety of bands, often lending his guitar work to other local artists such as Pete Falloon and Rosie Eade.

The band formed in 2018 when Matt enlisted the talents of drummer and multi-instrumentalist Niall Robinson and bassist/producer Alex Jennings. Both accomplished musicians, the pair brought a broader palette of musical flavours to the mix, including the funk breakbeats of Jabo Starks and other influences from a wide variety of jazz and motown greats. A Rising Tide is scheduled for release in October 2019.

Singer-songwriter Pete Falloon launched his debut album Reed In The River in 2016 which received international airplay and review, including widespread support from BBC Introducing and Chris Hawkins at 6Music who described his work as ‘beautiful as they come.. proper craftsmanship songwriting’.