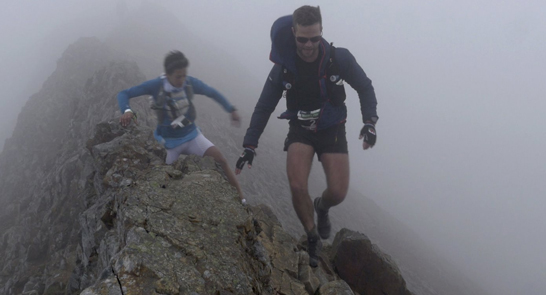 Quay Climbing Centre have kindly donated two pairs of guest passes which can be won by audiences at each of these screenings. Book your tickets before the last screening to be in with a chance of winning!

Sheffield Adventure Film Festival hits the road for the second time with The Best Of ShAFF 2019. Representing the pinnacle of climbing, running and biking, as well as adventures from the snow and streets and the latest from FREE SOLOs Alex Honnold and Jimmy Chin.

The film where Alex Honnold actually shows fear. A dream team of six elite climbers including FREE SOLOs Alex Honnold and Jimmy Chin mount an expedition to one of the world’s last great climbing frontiers: the remote frozen towers of Antarctica. Jimmy Chin and Conrad Anker tackle a new route on the 3,600 foot Ulvetanna; Savannah Cummins and Anna Pfaff summit the towering Holtanna; and Alex Honnold and Cedar Wright make a harrowing and hilarious blitz of 13 different spires spread across the ice field, including one pitch that Honnold calls “the scariest I have ever led.

The Berghaus Dragons Back Race is the hardest 5-day mountain race in the world! Follow Huw Jack Brassington as he attempts the race  a whopping 300+ km down the spine of Wales – for the first time, followed by his friend, first time filmmaker Huw Erddyn. Will the kilometres and 15,500 ascent take its toll on Huw…? Inspirational and terrifying!

Jacques The Frenchy Houot is a Colorado icon. He is an 82-year-old athlete who works non-stop on skis, mountain bike, and the cyclocross race circuit. An accomplished athlete, Jacques real story is how he inspires with his contagious love of life, epic tales of survival, his ability to counter ageing through laughter, and his massive impact on the outdoor community.

A Mile An Hour

Packing on the pounds after writing a PhD, Beaus running again. Hes also back in the shed; fixing stuff, making things, tinkering. For most of us, running was once a form of survival, hunting-or being hunted. Now, it can be as meaningful, or meaningless, than any other aspect of life. Running for Beau is practical- it gets him places, yet like a lot of runners, it’s deeply embodied. He defines himself by where his feet take him, thinking about the rest of his life as he runs. Combining a need to get rid of the gut, to run again, and spend some quality time in the shed, Beau will run a mile an hour around his perfectly mile-long block. In between hell do as much as possible, likely becoming the fullest, meaningful, most trivial day of Beaus life.