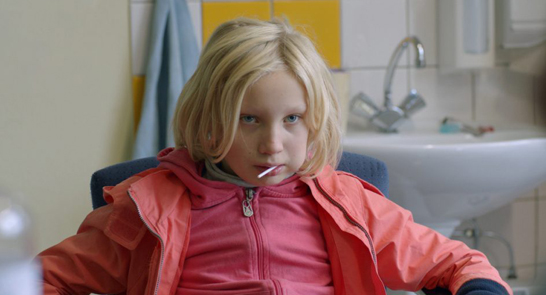 Controversial from the moment it premiered in Competition at this years Berlin Film Festival, documentarian Nora Fingshcheidts award winning feature System Crasher lays bare the vulnerability of childhood in this tale of a foster child pushing Germanys child and welfare system to its limits.

9-year-old Benni is small, but dangerous. Wherever Benni ends up, she is immediately expelled due to her uncontrollable aggression. Too young to be held in treatment programmes and too violent to stay in group homes, she is a system crasher. But Benni has one single goal: to be back at home with her mommy, Bianca. Yet Bianca has her own troubles with no other option but to leave Benni in the care of social services.  All is not lost, however, and a seed of hope appears when a caring child care worker hires Micha, an anger management specialist, as Benni’s school escort.

Helena Zengel is deeply impressive in her performance as Benni, commanding the attention of the viewer every second of the way and Fingscheidt humane treatment  who carried out considerable research  demonstrates that it may not be the child who is too difficult to handle, but rather the system that is ill-equipped to deal with cases too far outside their tightly defined norms.