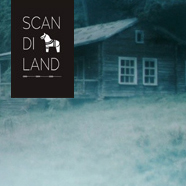 Scandiland:
A Season of Scandinavian and Nordic Cinema

Brought you by Exeter Phoenix. Supported by Film Hub South West and West Midlands, part of the BFI Audience network.

Surf Cinema presents an evening of cold-water surf films charting individuals who brave the very toughest of conditions to get their fix.

North of The Sun

Inge Wegge and Jørn Ranum spent nine months of cold, Norwegian winter in the isolated and uninhabited bay of a remote, arctic island. There they built a cabin out of driftwood and ate expired food. But they brought with them two items of utmost importance; their surfboards .

Waves break off Scotlands north-west coast to the words of a poem read by Game of Thrones Charles Dance.

It is cold water surfing as we see it, living and surfing within a cold water environment. Filmed over 8 months, Fv25 will take you to the Outer Hebrides and Norway. Filmed by award winning film maker Chris McClean and music composed by CJ Mirra.

A Finisterre Film, featuring Matt Smith.
I once heard that if a man feels at home outside of where he was born it is a place he is meant to be. Cold and coming up for air. I blinked, knew it true, and shivered with joy.
Taking to the choppy waters of the Irish coastline Mickey Smith and surfer Matt Smith continue to bang the drum for cold water surfing and visually describing the passion and dedication of those committed to cold water surfing, a sport for the hardcore.

Slack Bird is a folk music act from Jyväskylä, Central Finland containing one man with a banjo or more people with other noisy instruments, depending on the occasion. Started in 2010 as a side project but properly activated in late 2012 Slack Bird has since toured all over less and more frequently playing shows from New York City to Grimma, Germany and has released one tape EP (2012), a split EP with The Escapist (2013) and the newest Turvallisuuden Onnettomuus EP. Slack Birds music is a mix of old American folk music, punk rock and melancholic melodies and stories of present day Finland sung in both Finnish and English.