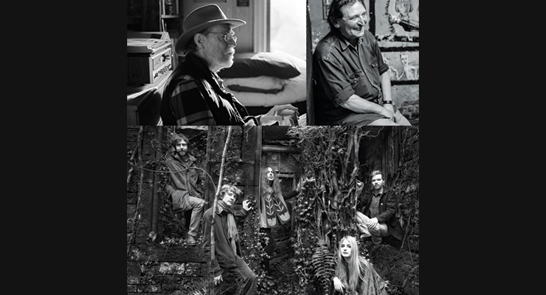 Few bands could be said to embody the spirit of the 1960s more comprehensively than the Incredible String Band. On albums such as The Hangmans Beautiful Daughter or Wee Tam and the Big Huge- with their epic perspectives, pantheistic lyrics and visionary synthesis of musical forms- ISB gave the hippy generation some of their most emblematic anthems.

Ed Askew is a painter and singer-songwriter who resides in New York City. His acid-folk masterpiece Ask the Unicorn was re-released in autumn 2016. Ed has just toured Europe with his trio in September in support of this release and in anticipation of his forthcoming second studio album of new songs, featuring Josephine Foster, on Tin Angel Records.