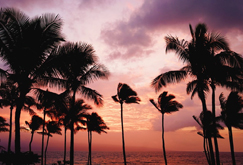 Welcome to Subfest ’17, a reggae, ska and indie extravaganza with bands and DJ’s raising money for the Devon Air Ambulance Trust.  Throughout the night, there will be performances from.

Hotdog, a Creative Musicianship HND ensemble. Kicking the night off at 7pm, they will be delivering fun indie tunes as well as some well known covers with their own personal twist.

The Hard Shakes, an indie/rock band formed in 2016. Adam, Charlie, Joe and Chris will be playing mostly original indie material.

Big Fat Astronauts, an indie band from Devon. Being featured on BBC Introducing numerous times, they will be livening up the auditorium with their indie/rock hits.

TheKeyStonez, a 3 piece reggae/ska band, ready to bring east coast vibes to the Phoenix. With influences from Sublime and Dirty Heads, they will be playing some original material and some covers as well.

Lipstick Jumpsuit, a five piece from Devon will be playing some indie. grungy material which will definitely get people moving.

Teignmouth, roots fusion trio Datura take you on a journey through their unique blues infused reggae and dub sounds with a set full of original music and re-interpretations of some of reggae music’s biggest dance floor shakers! Expect Raw and Swirling echo soaked guitar, Soulful vocals all held together by a dynamic rhythm both intricate and with an irresistible groove guaranteed to make you move. Datura burst onto the live southwest circuit in 2015 quickly building a reputation for their energetic and passionate live performances playing gigs and festivals throughout the south-west.

There will also be DJ sets from Turmoil, Guvnor and Sex Ed in the bar as well as fire performances from the Paranoid Chicken and his fire team throughout the night.