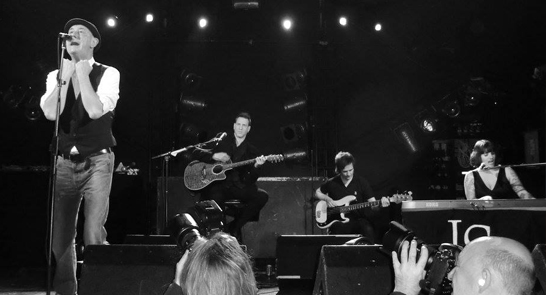 Steve Ignorant is a singer/songwriter and artist. He co-founded the anarcho-punk band Crass with Penny Rimbaud in 1977. After Crass stopped performing in 1984, he worked with groups including Conflict, Schwartzeneggar, Stratford Mercenaries, Current 93, and US punk band Thought Crime, as well as occasional solo performances.

Steve is now performing with his new band Slice Of Life. A far cry from the aggression of Crass, nevertheless compelling with powerful songs delivered in an acoustic style.

‘Impossible to categorise, Slice Of Lifes music is up-front and soul-baringly personal. Its a mixture of songs and spoken word that draws you in and stays with you long after the final note has been played.’

Anarcho punk rock band from Gillingham, Dorset in the UK, originally formed in 1983. Split in 1986, briefly got back together in 1996 before permanently reforming in 2006.

51st State are an anarcho-punk 2 piece, just drums and bass and a rant at the mic. All you need is noise and energy!