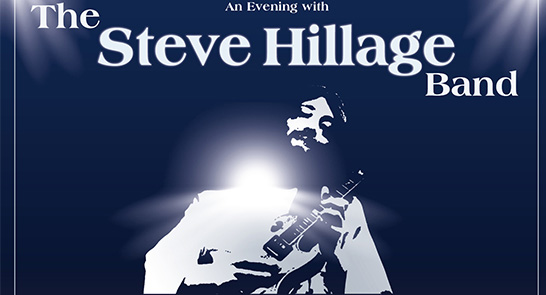 Last year Steve Hillage reformed The Steve Hillage Band to play classic tracks from the albums Fish Rising Motivation Radio, L and Green. They played a small number of UK gigs to universal critical acclaim and are playing three more UK gigs in 2020, including an appearance at Glastonbury Festival. Steve and longstanding partner Miquette Giraudy will be joined on stage by musicians from the current line-up of the band Gong, who Steve was guitarist with before going solo in 1975.

When putting this project together Steve stated: ‘I need musicians of the highest calibre to make it all work properly. The people in Gong fit the bill. I know them well, have guested with the band on a number of recent occasions and they’re all keen to do this.’

His judgement has paid off a treat, resulting in stunning renditions of often very complex tracks by a band which is also clearly having a great time together on stage, leaving thrilled audiences in their wake. This performance is accompanied by a stunning projections developed specially to reflect the magic of the music.

‘A set full of 70s material it may have been, but this doesnt have the feel of a nostalgia show at all. This is not old hippie music. This is timeless, ageless hippie music. And thank God, and Mr Hillage, that we still have it. Tonight was worth waiting forty years for and then some. Hopefully we will see this show roll around again, and soon.’
VELVET THUNDER REVIEW

‘The sheer joy as they riffed out on George Harrisons Its All Too Much and we were in glorious abandon and the almost expected progression through Salmon Song and the combo of the Lunar Musick and Solar Music Suites.’
LOUDER THAN WAR