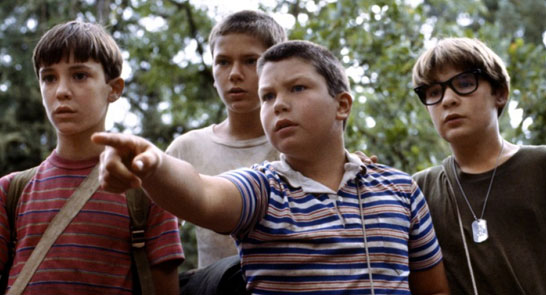 We’re going to need a bigger boat…or park. After several fantastic sell out screenings at last year’s event, this summer we’ll be returning with not five, but six nights of cinematic magic under the stars. Enjoy!

‘Bring A Chair’ tickets are limited and have almost sold out for this screening. Please book ahead if you are planning to bring a chair.

Rob Reiner pretty much wrote the book on coming-of-age films with this superior slice of nostalgia about four inseparable friends, who go out in search of a dead body.

Based on Stephen Kings short story The Body, Stand By Me sees Richard Dreyfusss author Gordie Lachance reminisce about his childhood adventure when he (played by Wil Wheaton) and his friends, rebel Chris (River Phoenix), disturbed geek Teddy (Corey Feldman, The Goonies) and tubby hanger-on Vern (Jerry OConnell, Jerry Maguire), attempted to make names for themselves by discovering the corpse before a gang of local thugs (led by Kiefer Sutherland) do.