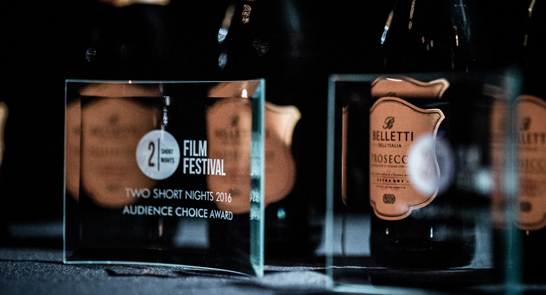 In partnership with Into Film, this selection was curated during the Young Programmers Day, where a panel of young people, aged 16-19 years old, picked this punchy series of short films.

Tackling current young peoples issues, this screening provides a platform for their stories. Exploring the ways in which digital technology and impacts the next generation and what happens when they decide to switch off. Take a glimpse into their possible futures where music is contraband and a girl can aspire to submit her skeleton to gelatine. A fearless coming of age programme tackling the larger subjects of sexuality, race and acceptance.

Stuck in a post high-school limbo, Tammy works long days in the family chip shop. The only relief from the daily slog is her friendship with her colleague Jordan and her love for photography. Through the people around her, Tammy soon realises she can’t avoid her future.

A lonely teenager inadvertently makes a human connection when he shuts down his YouTube channel after haters attack him.

When a young mans application for custody of his younger brother in care is rejected, he is forced to come to terms with difficult truths about whats best for his family.

An anarchic 17 year old girl destroys her parents plans for her future by wanting to donate her skeleton to gelatine.

A young woman out to avenge her sister’s untimely death by gatecrashing the birthday party of an old school friend, the sort of birthday party that only leafy middle class England could make so excruciatingly prim and proper.

After We Have Left Our Homes

Under a dictatorship that has banned music, a man hides a recording until he is caught and imprisoned. Whilst paying for his crimes he stumbles across a repository of confiscated items, leading to a series of events that will forever change the city.

Meet Kelvin and his best friend Money the deer.