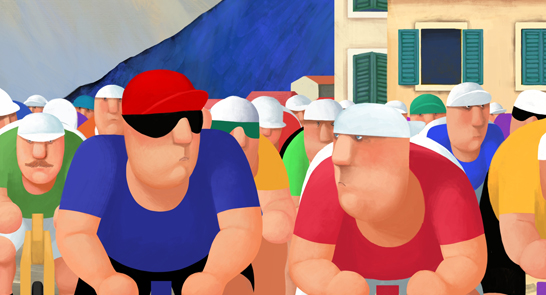 A late night selection of sexy and subversive shorts, exploring our innermost carnal urges. From the intricacies of intimacy, to the power of procreation, we peep behind the curtain.

On a night out with friends, Alice steals a strap-on and challenges her boyfriend’s thoughts about girls.

Ed loves his job teaching Sex Education in schools. But today, it’s the last thing he wants to do.

A circular story about the sexuality historical frustrations and pleasures, with a special interest for the concealing of the feminine organ, but also a history of evolution: beings mixing and transforming themselves getting conscience, losing conscience.

A young couple try to navigate their sex life after the birth of their baby.

A deeply religious teenager struggles to move forward after witnessing his mother commit a sin.

A woman is locked in her home with an egg, which she is both attracted to and scared of. She eats the egg, she repents. She kills it. She lets the egg die of hunger.

An intimate experimental documentary exploring the individual character of a female necrophile, as she recounts her life experiences and sexual awakening.