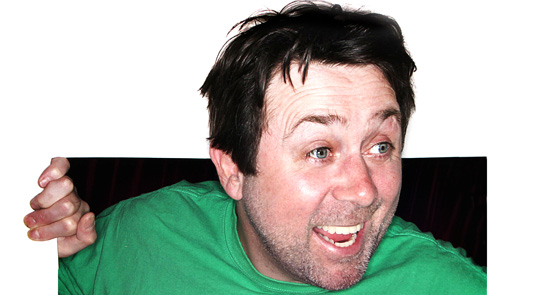 Sean Hughes in the Award-Winning Penguins

Sean Hughes is back on tour following a critically acclaimed and audience packed run of his new show Penguins at The Edinburgh Fringe. Sean was awarded the Herald Angels Award for Best Comedy show.

This is a show so full of surprises, and hidden twists and recurring themes that you find yourself mapping it out hours later. Sean takes us back to his Dublin upbringing and the, at times, utter awkwardness of teenage life weaving in his family, his school days and the business of friendship and tying it all in to the present. Its brilliant and multi-layered  and it really is up there with his Perrier award winning show A One Night Stand. Why does society tell us how to behave and react? What does it have to do with Penguins? Buy a ticket and all will be revealed.

‘For quick laughs look elsewhere, but for something that leaves more of an impression. Hughes is your man’ ****
CHORTLE

‘At his funniest and most profound’ *****
THE SUNDAY HERALD

The legendary Sean Hughes has performed all over the world and, as well as being the youngest ever winner of the coveted Perrier Award, he has also won a Fringe First for his short plays, Dehydrated and Travellin Light. Despite a prolonged absence from the comedy arena, he was recently voted No. 40 in Channel 4’s Worlds 100 Greatest Comedians poll.