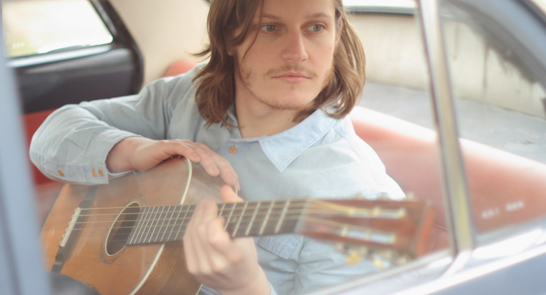 Sam Brookes has become part of the burgeoning acoustic music scene, gigging around the UK on his own and with his contempories to an ever-increasing audience of enthusiasts. His songs are, fundamentally, beautifully crafted stories about familiar subject matters that captivate the listener.

Musically, his immaculate phrasing and beautifully modulated delivery reach easily beneath the skin of his audience; the magical space he creates, with the elasticity of his writing, has the echoes and jazz arches of giants like John Martyn and Tim Buckley.His self-titled debut brought him recognition in the form of high profile support slots with Joan Armatrading, Ray Davies and Newton Faulkner; this combined with an entrepreneurial spirit and a close kinship with other musicians such as Lucy Rose, Pete Roe and Emily & The Woods has allowed his live and recorded sound to evolve in to a more powerful and provocative body of work. Thoughtful lyrics add poetry to his tracks, something that sets his work apart in an increasingly saturated area of music.