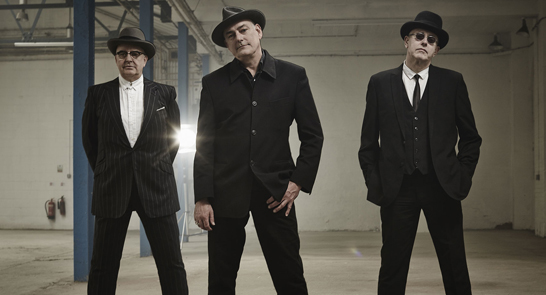 Counting Henry Rollins among their fans,  in 2008, Ruffy and Segs, of The Ruts, returned to Mad Professors studio to start a new project -it became Rhythm Collision Vol. 2. Mixed by Brighton genius Prince Fatty  RC2 was released in 2011 and a new cycle was set into motion.

Enlisting the help of Leigh Heggarty on guitar the new RutsDC band has performed in the U.K, Europe, Australia and New Zealand leading to the inevitable step of writing new songs. RutsDC took to the studio once again ,this time to record and create a brand new more rock based album. Music Must Destroy was released in September 2016, and was extremely well received making No1  Album of the Year in Vive Le Rock magazine and elsewhere being hailed as a return to form.