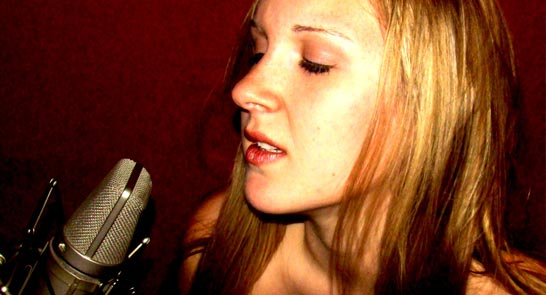 Prolific Texan singer songwriter Roni Bryant first started writing lyrics at the age of 11 and has been composing pop/rock songs since the age of 19. Roni will be performing songs from her debut album Versatility, as well as new material.

Her gig at Exeter Phoenix will be supported by local Exeter band No Refunds who will also play backing band for Roni.  No Refunds and Roni will also perform some well known old favourites!

Roni Bryant was raised in a family that was full of music and musicians. Throughout her teen years, she performed in several bands and sang at the Mothers Against Drunk Driving Candle Light Vigils as well as for the Teen Awareness Program.

Roni studied music at Indiana University as well as attending the University of Texas at El Paso. In early 2007 she gained rave reviews and a growing fan base through MySpace. She then signed a deal with Paste Magazine and Coca-Cola for her song Remain and recorded her debut album Versatility in New Orleans.

Roni has since performed in Indiana, Georgia, Nashville and Texas.

She is currently promoting and enjoying the online success of Versatility while working on new material for her next release.