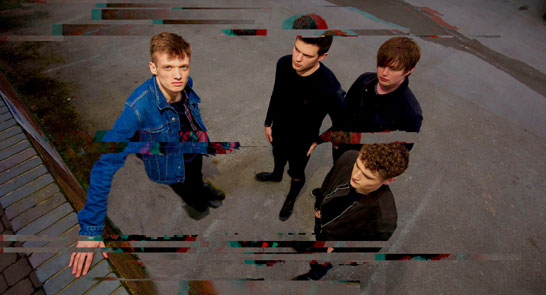 Oddity Road kicked off 2018 with their biggest headline gig as 500 people crammed into a sold out Sheffield Academy and theyve followed this up with a UK support slot alongside The Sherlocks and their own UK headline dates.

The four 18 year old school mates, who wrote their first song in 2016, played over 50 gigs and 25 festivals in 2017 including an infamous BBC Introducing headline set to 4000 people.

With new songs in the bag, and ready for release, the lads plan to build on their relentless work ethic to reach an even bigger fanbase through 2018.

For fans of the big indie chorus.

Big In 2018 nomination by Fred Perry Subculture / This Feeling.

Managing to encapsulate the youthful energy of indie-pop whilst giving it a darker, more mature twist, Oddity Road are a band who offer a quiet intelligence to their songwriting thats not often seen in indie-pop
LOUDER THAN WAR