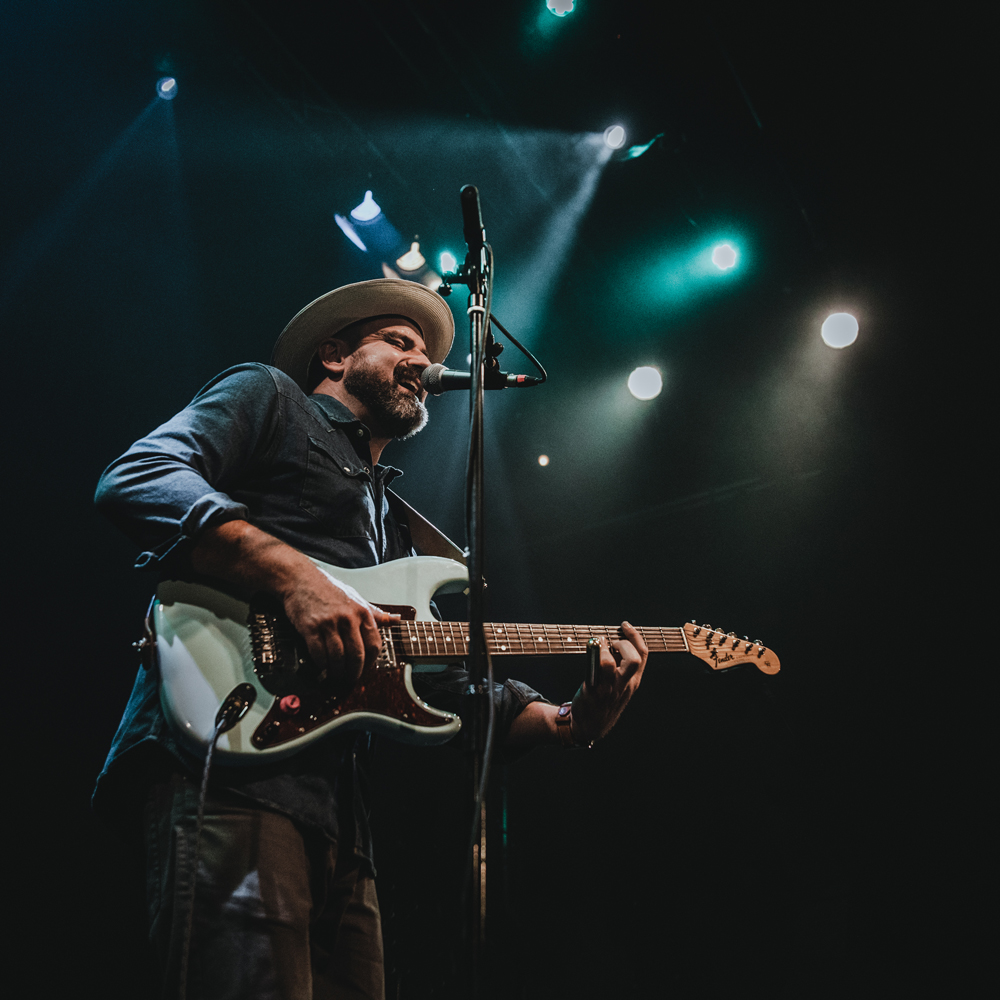 Having created a deep impression on the acoustic blues roots and Americana scene with his last two Nashville recorded albums, Harleys gritty electric album Roll With The Punches, recorded in a remote chapel deep in the wilds of Pembrokeshire, takes country blues riffs to the electric bottleneck slide guitar and serves them with sweet vocal harmonies. It features some of the UK’s musicians including Rex Horan on Bass, Harry Harding on drums and Jonny Henderson on Hammond organ. The band hit the road this October to satisfy the continuing demand for bigger live shows including the prestigious Lafayette in London.

This year Martin is nominated as Acoustic Blues Artist of the year and Instrumentalist of the year at the UK Blues Awards. Music Rader placed him #7 in the World Greatest Blues Guitarist poll. In 2018 Martin Harley was ranked #16 in the World’s Best Acoustic Guitarist in Total Guitar Magazine and he was nominated as Instrumentalist of the Year at the Americana Music Association UK Awards.

If success can be measured by growing global demand to attend Martin’s dynamic live performances, then perhaps his touring schedule is proof of that. He recently played to a full house at the Union Chapel in Islington, London and has appeared at Edmonton, Vancouver, Canmore and Calgary Folk Festivals in Canada, Glastonbury Festival, Bestival and Beautiful Days in the UK, numerous European and US tours and events including the Americana Music Association UK’s AmericanaFest in London, The Bluebird in Nashville and Tønder in Denmark.