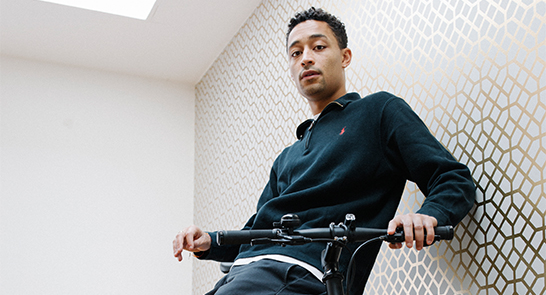 Loyle first appeared on the scene back in 2014, with his debut EP A Little Late, which cemented him in the UK’s rap scene as one to watch. He followed that up in 2017 with his BRIT (Best Male, Best Newcomer) and Mercury Prize nominated, top 20 debut Yesterdays Gone. The bedrock of honest and raw sentimentality that you hear on Yesterdays Gone has left an inextinguishable mark on music in general and UK Hip Hop in particular, standing out as an ageless, bulletproof debut.

Since the release of Yesterdays Gone Loyle has toured the world, launched a cooking school for kids with ADHD, created an award winning, bespoke rap for the Champions League final, campaigned for mens mental health and fronted a worldwide YSL campaign. By anyones standards, Loyle has already achieved a lot. Join the ride to see where else this prodigiously gifted voice of a generation can take us.