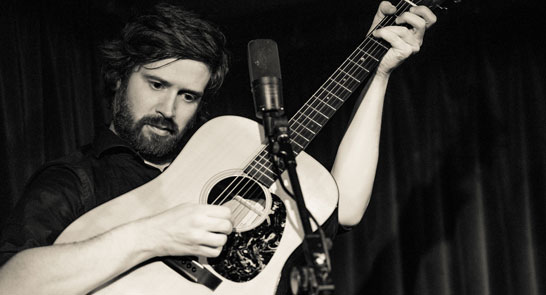 To simply call Kris Drever ‘a folksinger would be like saying that Lau, the acclaimed band in which he also sings and plays, is a Scottish folk trio. Both true descriptions but reductive ones that only hint at the progressive joys contained in the music of each.

Kris Drever launches into 2016 with a brand new studio album If Wishes Were Horses . With it he celebrates his first decade as an acclaimed solo artist and songwriter. The new album is his first for six years (during which time his band Lau have established themselves as the most widely acclaimed and musically progressive trio in British folk music).

If Wishes Were Horses is a collection of semi-biographical songs covering the universal, and not so universal, themes of education, politics, sex, love, ennui, self-employment, social migration and Shetland. Drevers recent outpouring of songs stems from a move back to the Northern Isles, Shetland this time rather than his native Orkney and the discovery of new lyrical voices to describe his life, times and wild new surroundings.

Kris Drever has been nominated for: