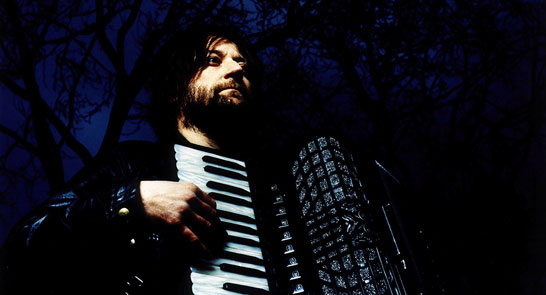 King Creosote’s enormous discography includes Queen Of Brush County,  Am 9, Bombshell and Diamond Mine (recorded with Jon Hopkins). The latter was nominated for the Barclaycard Mercury Music Prize 2011.

His style is so intimate, low-key, but often surprisingly affecting songs that accrue a real emotional weight.
BBC MUSIC

Gummi Bako have been cranking up their outhouse rock with a wonkytonk foundation of country and gospel ever since the day they were born.

As long-standing members of the Fife’s Fence Collective, Gummi Bako have recorded with fellow Fencers Lone Pigeon, King Creosote and UNPOC, and Bako songs have been covered by King Creosote, James Yorkston and The Pictish Trail.

In the last year Gummi Bako have performed at Bestival, Edinburgh Fringe Festival, Pittenweem Arts Festival, Leith Festival, Spitz Festival of Folk, The Big Tent at Falkland Palace and of course Fence’s Home Game. Lock up your daughters, your sisters too, if you get in their way, they’re gonna rock ‘n’ roll over you!