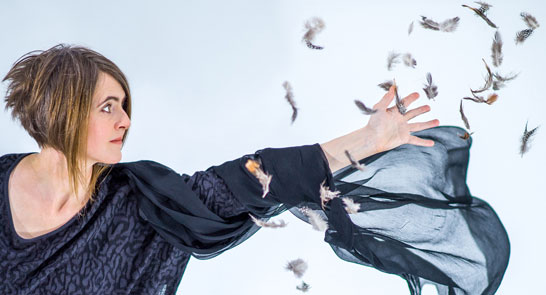 In 2016, in association with The Royal Lyceum Theatre and Edinburgh International Festival, Karine wrote, musically directed, and performed her critically acclaimed debut work for theatre. Wind Resistance won the Best Music & Sound Award at the CATS (Critics Awards for Theatre in Scotland) 2017 and Karine was also shortlisted for the Best Actor in the Sunday Herald Culture Awards.

A Pocket Of Wind Resistance written in collaboration with sound-designer Pippa Murphy, is the musical accompaniment to the theatre show and was chosen as Best Album 2017 by both Songlines Magazine & BBC Radio 3s Late Junction and has been selected for BBC Radio 2 Folk Awards Best Album 2018. Karine is also shortlisted as Folk Singer of the Year.