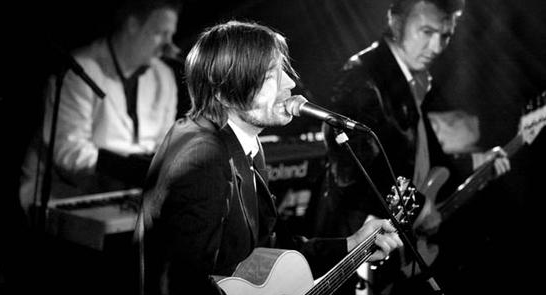 Justin Currie is a Scottish singer and songwriter, best known as a founding member of the band Del Amitri and, along with Iain Harvie, is one of only two members of the group to be present throughout its entire existence. He has released two solo albums to date. What is Love For in 2007 which he described it as eleven thunderously dreary dirges! Fortunately, not everyone agreed with him and the album won accolades from critics, fans and fellow artists, as a thing of dark and starkly honest beauty. His second solo album The Great War, was released in 2010 and delivered a bracing set of original compositions that broke yet more creative ground  and further cemented Curries place as an ambitious and versatile solo artist.

Justin Currie has plenty of experience in defying musical expectations. He was still in his teens when he co-founded Del Amitri in his hometown of Glasgow. Between 1982 and 2002, the band evolved from resourceful D.I.Y. indie combo to international hitmakers, releasing six much-loved studio albums before amicably parting ways.